We’re going prime time! With our live-tweet schedule for the TCM Classic Film Festival 2021, that is. Hope you’ll join us as we live-tweet the following prime time films airing on TCM during the festival. Thursday, May 6West Side Story (1961) Airing at 8:00 pm on TCM Friday, May 7SF SKETCHFEST Presents Plan 9 From […]

The Raleigh-Durham TCM Club had its pre- TCM Classic Film Festival ramp-up meeting on May 2. The main topic of discussion was what content club members plan to enjoy on TCM and HBO Max. Club member picks and plans are below.* West Side Story (1961) Airing on TCM Thursday, May 6 at 8:00 pm ET. […] 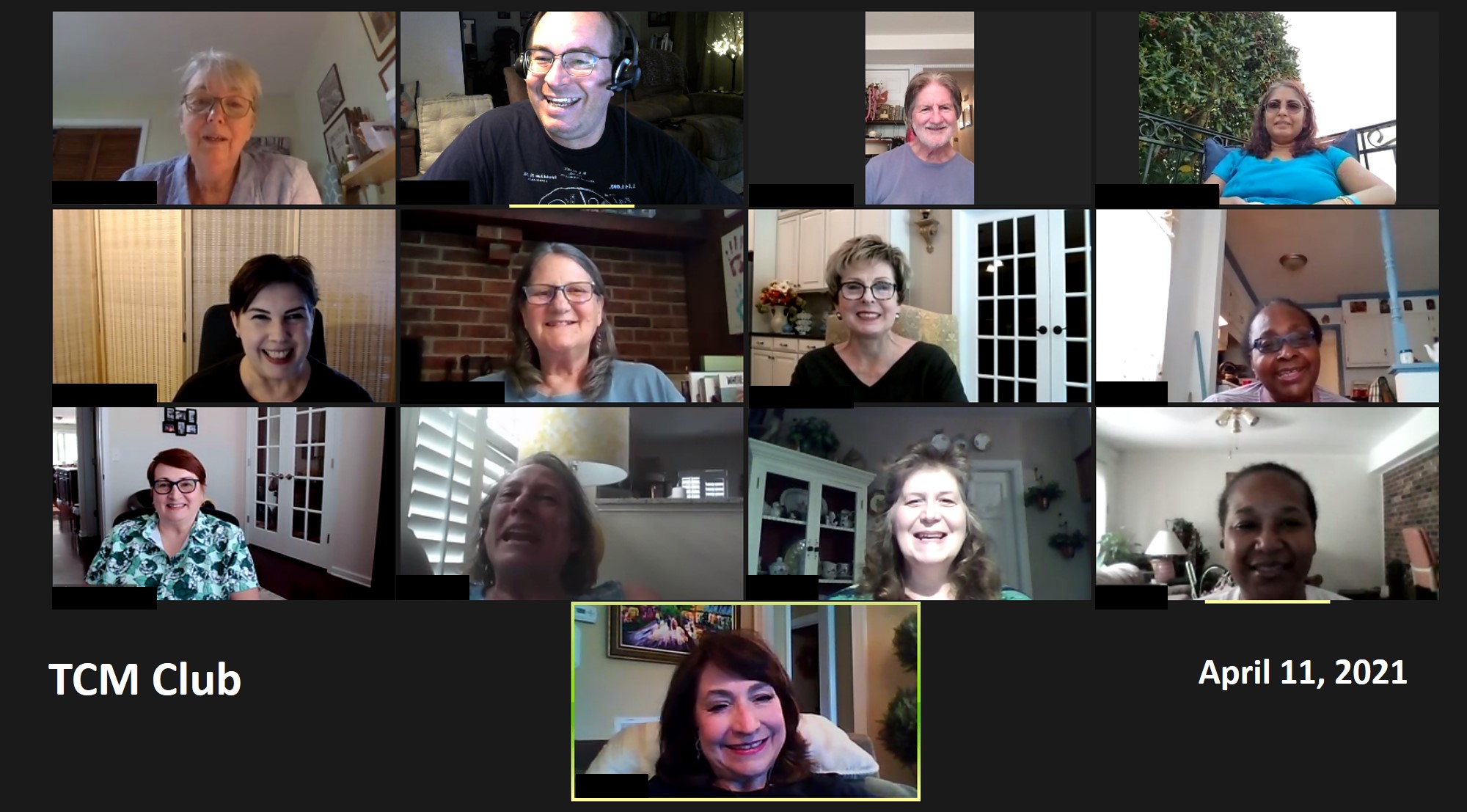 Our TCM Club met on April 11 to discuss four movies from the 1930s that aired on TCM in March. Fifth Avenue Girl (1939) On Borrowed Time (1939) Riffraff (1936) King Kong (1933) As usual, this group came prepared, with some members having watched all four films. The conversation was lively and the reviews mixed. […] 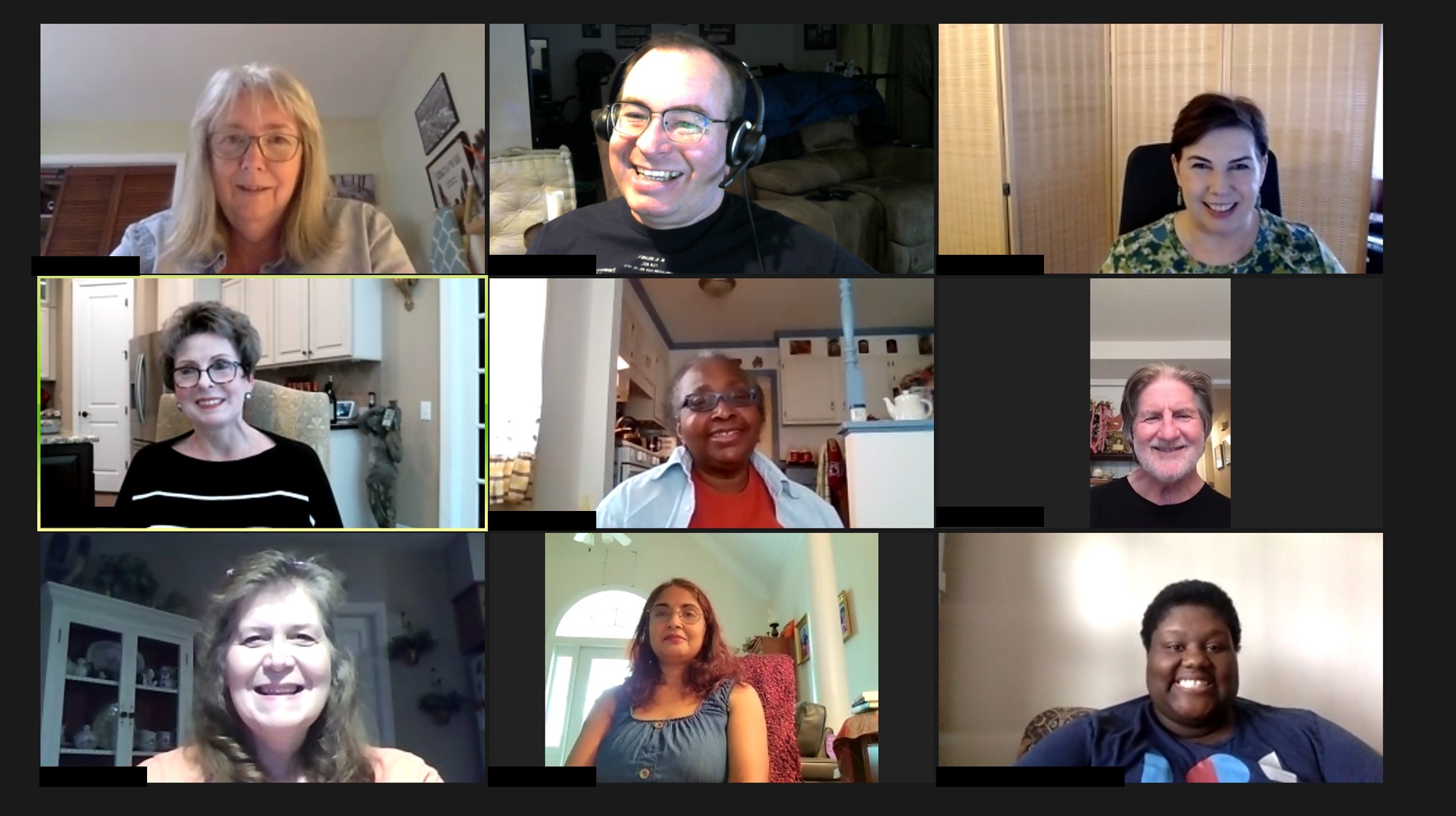 Our TCM Club met on March 14 to play a new game created by TCM Club member, Sharon. Henceforward named Sharon’s Classic 5, the game asks five questions related to a classic film theme. Facilitated by Sharon, who had thoroughly researched each question, the group was asked to name five items in each category. Numerous […] 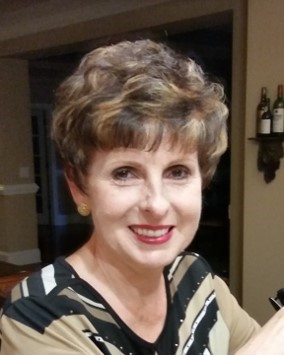 Classic Couple welcomes guest blogger Sharon Walters, sharing her reflections on The Duke Is Tops (1938) It is Monday morning, and birds are singing. Yes, a beautiful sunny day and I remembered I had the next few days to myself. What better time to watch an old-time movie called The Duke is Tops. Other than […] 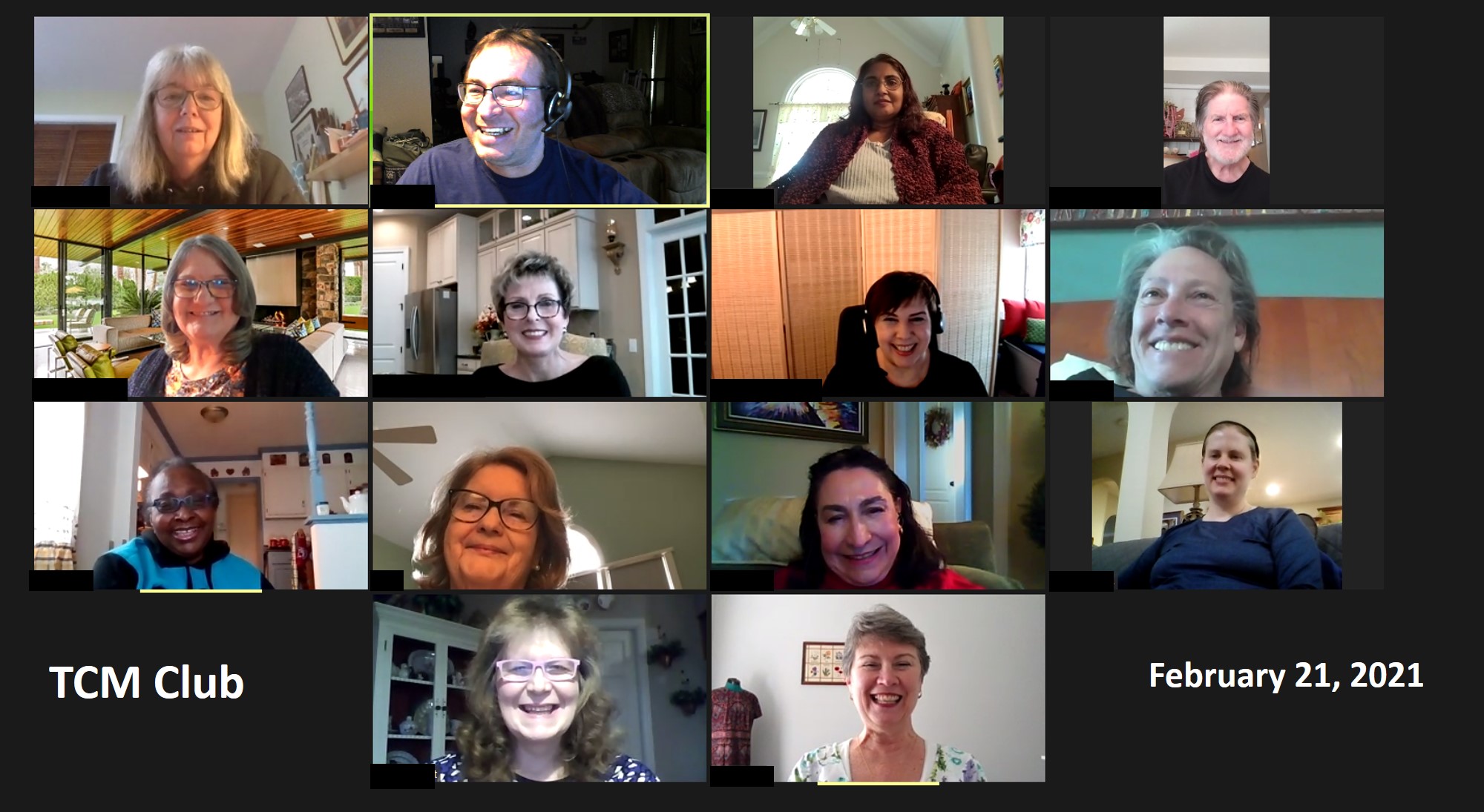 Our TCM Club met on February 21 to discuss three films from the TCM monthly schedule. Club members could choose to view one, two or three films from the selections of the month: The Bad and the Beautiful (1952): melodrama about a Hollywood producer making his way to the top of the studio system Crossfire […] 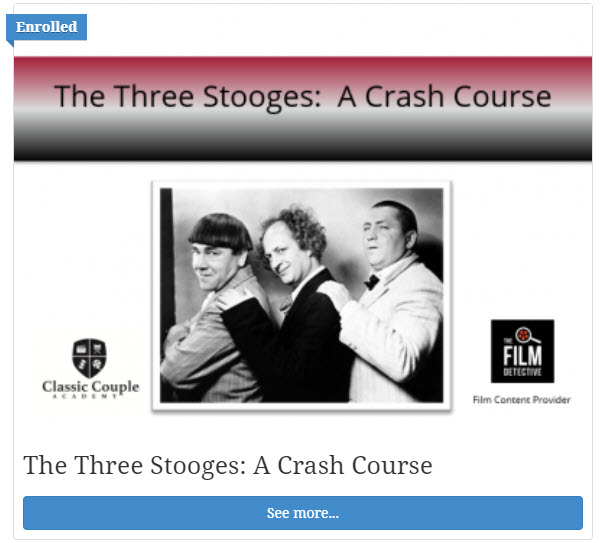 The Three Stooges: A Crash Course 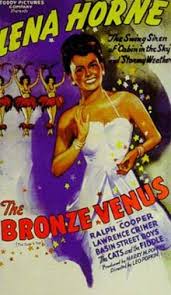 An Essential Film in Black History: The Duke Is Tops (1938) 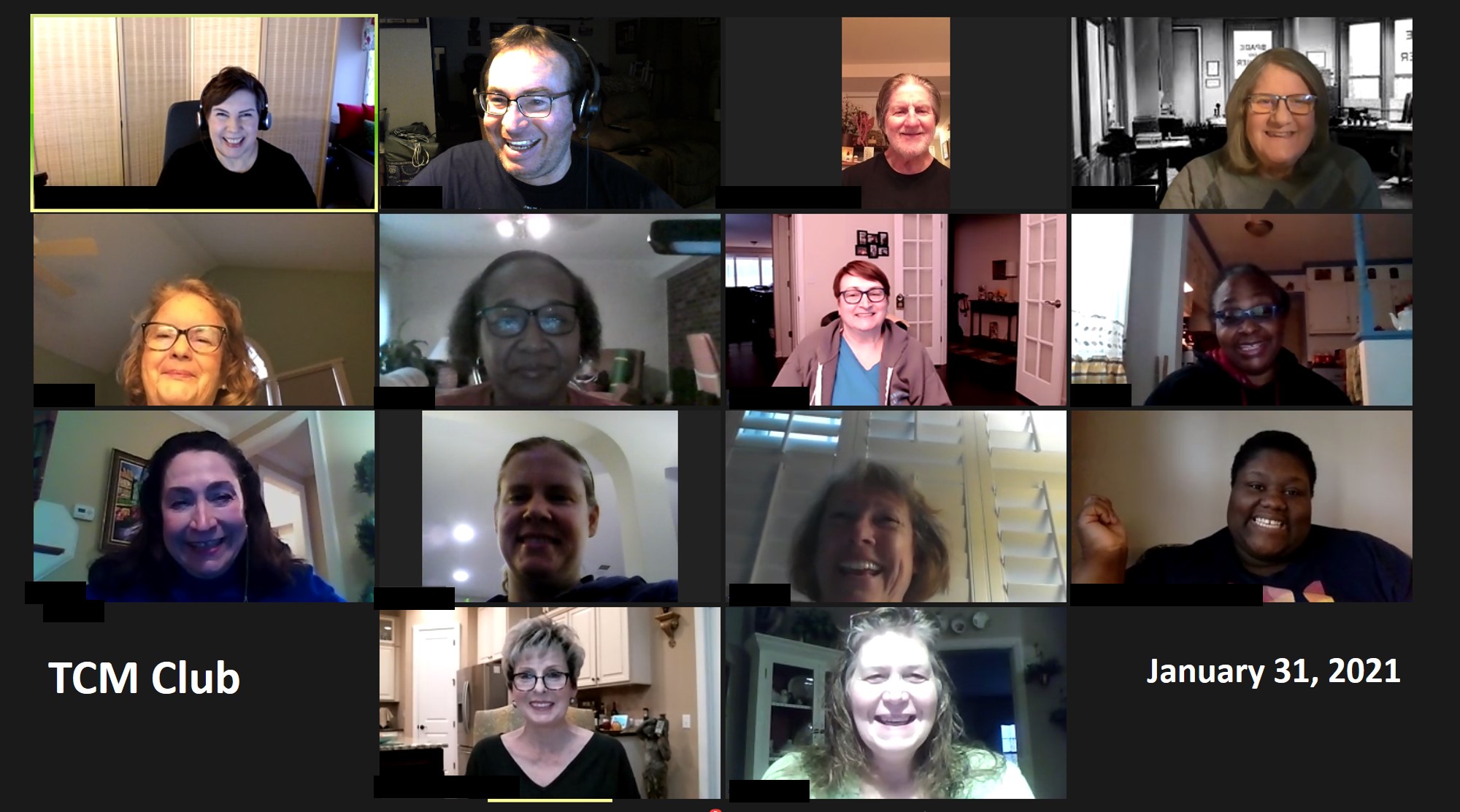 Our TCM Club enjoyed its biggest gathering to date since transitioning to virtual meetings. Fourteen club members got together on January 31 for two hours of fun. We pulled out a club favorite from the early days when we were just getting to know when another. Designed to break the ice and get the group, […] 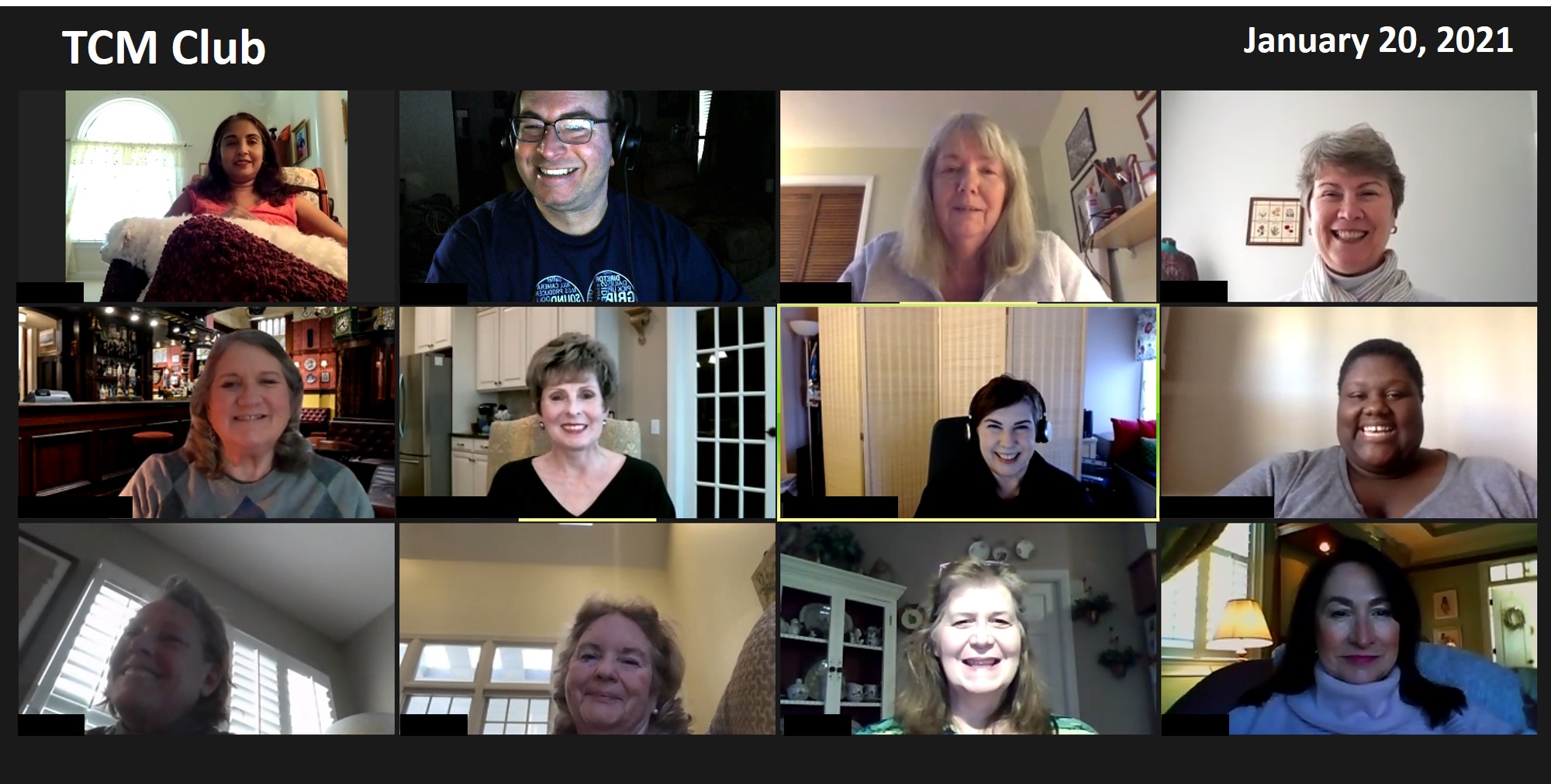 Our TCM Club held its first meeting of 2021 on January 10. After catching up on all things holiday and New Year, we turned over the meeting to Lexi, who had created a custom game for the group. Lexi’s game was based on the notion of “six degrees of separation” – the concept that anyone […]