Readying to see the 80th Anniversary screening of The Wizard of Oz (1939) this month, I sought out some IMDB film trivia. Here are some tidbits I found intriguing, related to wardrobe and costume makeup. 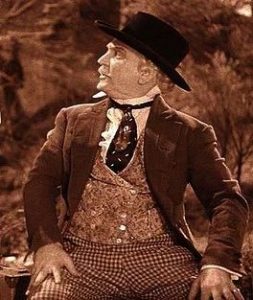 Ray Bolger as the Scarecrow

2. The Scarecrow face makeup that Ray Bolger wore consisted, in part, of a rubber prosthetic with a woven pattern to suggest burlap cloth. By the time the film was finished the prosthetic had left a pattern of lines on his face that took more than a year to vanish. Sadly Bolger’s contract with MGM ended after The Wizard of Oz, and he next appeared in a film in 1941. You have to wonder if the impact to his face had anything to do with the hiatus as Bolger had consistently appeared in 1-2 films per year in the prior and then subsequent years. 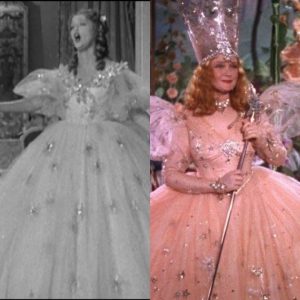 A Tale of Two Dresses: Jeannette MacDonald as Mary Blake and Billie Burke as Glinda

3. The gown that Glinda the Good Witch wears was originally worn by Jeanette MacDonald in San Francisco (1936). It’s indeed an extraordinary gown. I admire the studio costumers re-purposing it.

4. The horses in Emerald City palace were colored with Jell-O crystals. The relevant scenes had to be shot quickly, before the horses started to lick it off. I can’t help it, I love this bit of trivia.

5. Bert Lahr’s costume weighed 90 pounds. It was made from a real lion skin and was very hot. The arc lights used to light the set often raised the temperature on the set to over 100 degrees Fahrenheit. Lahr used to sweat so profusely that the costume would be soaked by the end of the day. There were two people whose only job was to spend the night drying the costume for the next day. The costume was dry cleaned occasionally but usually, in the words of one of the crew members, “it reeked.” Today the authenticity of wearing a real lion skin would never fly with audiences. But as a movie of its time, I admire its use, and this costume in particular is a standout. I actually think that the discomfort Lahr felt in the costume adds to his performance of the Cowardly Lion, a character uncomfortable with being who he feels he needs to be. 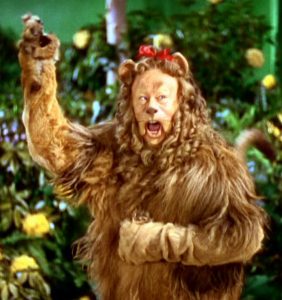 The “King of the Forest” Bert Lahr as the Cowardly Lion

3 thoughts on “Tidbits: The Wizard of Oz”