I am gearing up to watch the TCM Big Screen Classics presentation of Mr. Smith Goes to Washington (1939) this weekend. Searching for a little trivia on IMDB, I found the following tidbits about the cast interesting.

Images may be subject to copyright 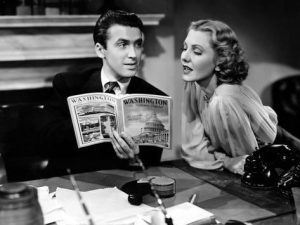 One thought on “Tidbits: Mr. Smith Goes to Washington”