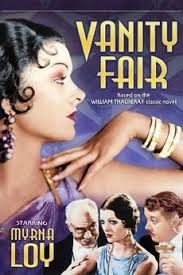 Vanity Fair, by William Makepeace Thackeray, follows the lives of two friends Becky Sharp and Amelia Sedley as they move through British high society. First published as a 19-volume monthly serial from 1847 to 1848, its popularity led to the publishing of a single volume in 1848. Today the book is regarded as a classic.

Enduringly popular, the saga made its way to the cinema early on, with adaptations appearing in 1911, 1915, 1921 and 1923—some with the title Vanity Fair and others a variation but all telling the same tale.

Indecent appeared in 1932 as a Pre-code version of the famous story with Myrna Loy appearing in her first starring role as Becky Sharp. The character of Becky is a strong-willed, moneyless young woman determined to make her way up in the world. She relies on her cunning to deceive those around her and her looks to bend men to her will.

Until this starring role, dancer Loy appeared in films as a femme fatale most often donning exotic makeup and costumes. In the late 1920s she was often typecast as a villainous Eurasian vamp. Although she wanted to break free from stereotype, the experience served her well to play Becky the seductress in Indecent.

Made up to the hilt and donning scanty costumes, Loy capitalizes on those early temptress portrayals to make her Becky a true enchantress. She knows she is beautiful, and she makes no apologies for using her charms to manipulate everyone around her as she seeks her fortune. She’s a dreamer who takes the audience with her from scheme to scheme as she rises and falls in and out of social standing. In the end, the viewer must decide if Loy’s Becky should be redeemed. 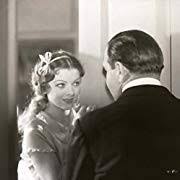 Indecent delivers everything Pre-code fans want from their leading lady—a gorgeous siren using her sexual prowess to navigate amid societal scandal stopping at nothing to achieve her goals. Loy’s Becky fits the bill and at a pivotal time in Loy’s career.

Following Indecent she worked steadily in 1932 and 1933 before being cast as Nora Charles in the 1934 film The Thin Man. The rest is history as Loy reprised the role of Nora in five subsequent films and later referred to The Thin Man as the film “that finally made me—after more than 80 films.”

Before she was Nora, Loy was Becky—and a good one. Indecent let Loy showcase she could be a leading woman. Indeed, she carries the film and it’s a notable watch for any of her fans wanting to catch a glimpse of the star she would become. Just five short years after making it she was one of Hollywood’s most in-demand and highest-paid actresses.