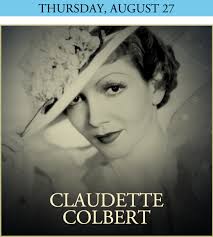 @CoupleClassic Live-tweet: It Happened One Night at 8 PM

As TCM’s Summer Under the Stars programming winds down, we enjoyed some more impromptu live-tweeting. We simply could not ignore Claudette Colbert and Paul Henreid, actors who starred in some of the most beloved films of all time.

It Happened One Night (1934) was the first film to win every major Academy Award, including Best Actress for Colbert. To us, it is a perfect film.

Now Voyager (1942) is knows for its iconic moments. Thee scene in which Henried  places two cigarettes in his mouth, lights them and then passes one to Bette Davis is one of the most memorable in film history. Davis’ line “Oh, Jerry, don’t let’s ask for the moon. We have the stars.” was voted as the #46 movie quote out of 100 by the American Film Institute. 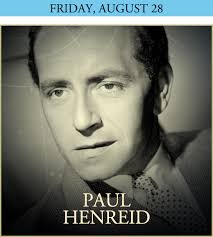 Both must-see films and #TCMParty worthy.

We’re wistful as August and TCM’s Summer Under The Stars comes to a close. But most asurredly we’ll see you next year!