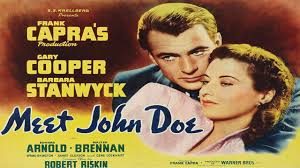 Director Frank Capra is perhaps best known for making films about the redemption of the common man and the goodwill of communities. These themes are omnipresent in his most iconic Christmas movies—It’s a Wonderful Life from 1946 and Meet John Doe from 1941.

Both films showcase Christmas Capra noir style as the director’s darkest films. It’s a Wonderful Life centers on the Christmas Eve suicide attempt of main character George Bailey. The film takes us through both the bleakest and brightest moments of George’s life to underscore his arrival at ultimate despair. Despite George’s hopeful redemption thanks to the goodwill of his neighbors, it’s a very dark film.

Even darker is Capra’s other Christmas noir, Meet John Doe. The film was released in early 1941 shortly before America became involved in World War II. The national mood was isolationist; Capra used the film as a platform to reaffirm American values. 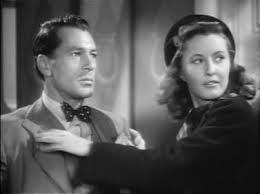 The movie begins with Ann Mitchell, played by Barbara Stanwyck, losing her job as a newspaper reporter. Tasked to write one last column, in her anger she bangs out a fake letter condemning the poor treatment of the little people with the author promising to commit suicide by throwing himself off a building on Christmas Eve. The published fake letter is a sensation with everyone wanting to know if the John Doe it is attributed to really exists. Driven to make the most of the situation, Mitchell convinces her managing editor to find someone to impersonate the fictional John Doe. Enter Gary Cooper who plays Long John Willoughby a down-on-his-luck former baseball player and drifter enlisted to pose as Joe Doe.

Mitchell begins ghost-writing columns for John Doe—increasingly pitching American values and the concept that one should love thy neighbor. Soon John Doe becomes a national celebrity and his platform of ideals spawns a nationwide John Doe movement.

Throughout, Long John Willoughby grapples with returning to the freedom of life on the road amidst his newfound responsibility of working for the good of America. Cooper, who was Capra’s only choice for the title role in the film and who accepted it without having read the script, is convincing as the gullible guy who just wants to make enough money to get his pitching arm fixed up. It’s why he sticks to the scheme despite the pull of his pal, The Colonel, who constantly ploys him to return to riding the rails. Beloved character actor Walter Brennan gives an exceptional performance as The Colonel, and Capra uses his character to deliver social commentary on the perils of money and living life in the system. A committed vagabond, The Colonel is indeed the most authentic character in the film as he never waivers from his point of view despite the temptation of compromising his ideals for a life of comfort.

Another strong performance in the film comes from James Gleason who plays Henry Connell, the newspaper editor Mitchell dupes with her fake John Doe letter. Throughout the film he grapples with telling the truth and deceiving the public. He’s a conflicted man, wrestling with the lure of profit and power and the pull of values and principles. His journey is one to watch, especially in the denouement as he delivers the last line in the film. 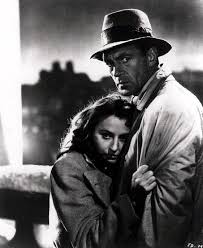 All the while, reporter Mitchell continues to churn out the John Doe philosophy, bringing the movement to a fever pitch with the convening of a national convention. This plays into the hands of newspaper mogul and John Doe movement financier D.B. Norton played by Edward Arnold, a character actor expert at playing powerful authority figures. The dubious D.B. plans to use Doe as his own ticket to the White House through endorsement by Doe at the convention. Events turn and Long John Willoughby is exposed as a phony, bringing the John Doe movement to a dramatic end.

Time passes and soon it is Christmas Eve begging the question if Long John Willoughby—the now discredited John Doe—will commit suicide as the letter that started it all promised.

Four different endings to Meet John Doe were filmed. Capra discarded them all after audience previews. An audience member suggested a fifth ending, which Frank Capra liked and ultimately used in the finished film.

In this ending, love and community goodwill prevail. The common man redeems himself at Christmas with brighter days ahead. Faith is restored.

After all, it’s still a Capra Christmas.