The remake. This history of film is raft with remakes, many sparking debates around which version is considered the best. Every remake beckons the true film aficionado to seek out the original. 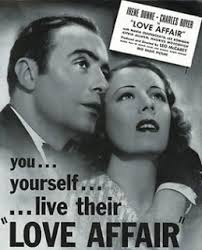 Love Affair (1939) is one such original. It stars Charles Boyer as French painter Michel Marnet and Irene Dunne as American singer Terry McKay. Marnet and McKay, both already engaged to others, meet aboard an ocean liner crossing the Atlantic from Europe to America. Over the course of the eight-day journey they fall in love, and before disembarking in New York City vow to meet one another in six months at the top of the Empire State Building if they are still in love. They vow to have no contact with one another until that fateful future date. As the two part ways on the gangplank, the fate of their shipboard romance is unknown.

Love Affair was adapted for radio in 1941 with Melvyn Douglas and Madeleine Carroll as the lovers. It was remade in 1994 starring married couple Warren Beatty and Annette Bening. Bollywood remade the film twice—in 1965 as Bheegi Raat starring Ashok Kumar and Meena Kumari and in 1999 as Mind (original title Mann) with Aamir Khan and Manisha Koirala. But the real remake story is 1957’s An Affair to Remember starring Cary Grant and Deborah Kerr.

An Affair to Remember is the ultimate remake as it was directed by Leo McCarey, the director of 1939’s Love Affair and the creator of the original story along with his wife Mildred Cram. Seldom does a director return to his own work and remake a film. The scrutiny alone would be daunting. The story better be worthy of retelling.

In the case of Love Affair, it was.

In the 1930s Leo McCarey was well known as writer, director and producer of romantic and screwball comedies. By 1937 he had earned his first Academy Award for Best Director for The Awful Truth starring Irene Dunne and Cary Grant. Despite his great success, McCarey grew weary of comedy and longed to tell a different story. 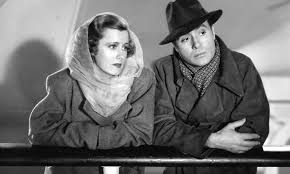 His wife Cram suggested a European holiday cruise to her husband hoping to break through his writer’s block. The trip did the trick as McCarey developed his concept of two cruise passengers who fall in love during a voyage all while the two are betrothed to others. As the couple thought of who to cast as the lovers, Irene Dunne who starred in The Awful Truth was the immediate choice for female lead. Charles Boyer, who had been nominated for the Academy Award for Best Actor for his performance in 1938’s Algiers, was top choice for the male romantic lead.

It was all just a story when Love Affair went into production. The movie had no official script and screenwriters Delmer Day and Donald Ogden Stewart would change the dialogue frequently during filming, often handing the cast pieces of paper between takes. McCarey, who was known for improvisation in his early comedies used the same technique in directing the romantic drama. Actors were allowed input with Dunne selecting “Wishing” as the movie’s signature song. The result of this collaboration is a story that flows like a gentle wave.

McCarey was known for this unusual directing style developed in his days making silent films. Inspiration fueled the improvisation on his sets. The result of his often made up daily shoots is an authenticity brought forth by the actors in playing their roles. And while this style was frustrating for some, Charles Boyer and Irene Dunne both claimed Love Affair as their favorite among their films. Indeed, the actors, who also appeared together in When Tomorrow Comes (1939) that same year and Together Again in 1944, felt that given the success of Love Affair, all their other films were measured against it.

Given McCarey’s preference for spontaneity and newness as a director, it is hard to believe he remade Love Affair. But remake it he did in an almost identical scene-for-scene manner using the identical screenplay as the original film when he made it again in 1957 as An Affair to Remember. 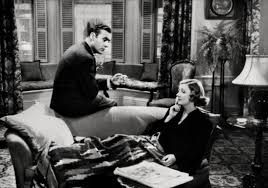 It all comes down to the story. An unlikely romance. Lovers separated by circumstance. Triumph over adversity. Love conquers all. These romantic elements resulted in filmmaking lightning in a bottle—twice.

An original and a remake—a scene-for-scene, line-for-line one at that—lauded at two Oscars ceremonies, albeit18 years apart. Truly a story about the enchantment of storytelling.