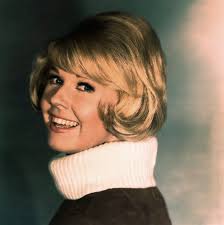 In the history of entertainment there are some who are the one and only. Today we lost America’s Sweetheart Doris Day.

Labeled the girl next door well into her forties, she appeared in nearly 40 films and recorded over 600 songs. At the height of her legendary career she topped both the billboard and the box-office charts.

Married four times, Day’s personal life was a tumultuous contrast to the many roles of the virtuous working girl she played on screen. This contrast comes to life on screen in the two roles I love most from Doris Day.

In Love Me or Leave Me (1955), she plays 1930s torch singer Ruth Etting in a fictionalized account of her life married to gangster Marty Snyder. Day’s top-billed performance is edgy, her singing exceptional, and her chemistry with co-star James Cagney palpable. Cagney took away the 1956 Oscar for Best Actor in a Leading Role for Love Me or Leave Me, and I truly believe it is partially in credit to Day cast opposite him in the film. 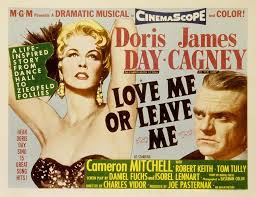 David Kaufman, one of Day’s biographers, debunked her girl next door image saying “She was a woman who was an extremely sensual woman. She had affairs with a number of people. She was never happily married. She had a son but was never really a mother; he was more like a brother to her. She in many ways was the opposite to the girl next door.”

Day’s portrayal of Ruth Etting was just the opposite of the girl next door, and one of the most powerful of her acting career.

In the 1960s Doris Day became a symbol of wholesomeness in a stream of romantic comedies. Perhaps the most iconic film is Pillow Talk (1959) for which she received her only Oscar nomination for Best Actress in a Leading Role. It was the first pairing of Day and co-star Rock Hudson in a film, setting them up for two more movies together and a life-long friendship. 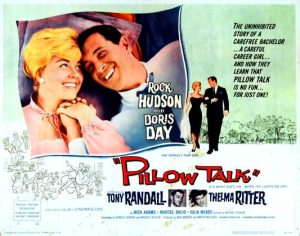 In Pillow Talk, Day plays the girl next door to playboy composer Hudson as the two share a telephone party line. This is quintessential later-career Day in the role of virtuous career girl, the target of romantic advances from several differently-intentioned men. She simply sparkles in the film, delivering the kind of trademark sunny performance that garnered her the love of her fans time and again.

Today the sunshine dimmed just a bit as Doris Day left us. After all, she was our one and only America’s Sweetheart.