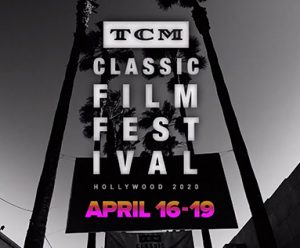 Soon passes go on sale for the TCM Classic Film Festival 2020 in Hollywood.

Passes go on sale to the public at 12 p.m. ET on Thursday, November 21, 2019. Information on Festival passes here.

TCM also announced the first roster of films planned around its range of 2020 Festival programming themes, including the central theme of Grand Illusions: Fantastic Worlds on Film. Highlights include: