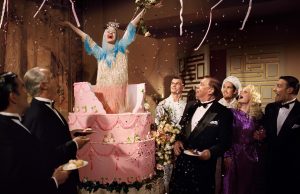 “Singing in the Gucci” – Campaign Photography by Glen Luchford

It’s a trip back to the heyday of 1940s and 1950s movie musicals delivered in a series of song and dance vignettes scored with There’s No Business Like Show Business by Irvin Berlin. 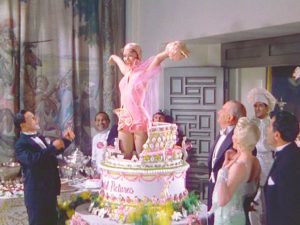 Singing in the Rain – The Original

Watch the 01:53 Gucci Showtime: The Spring Summer 2019 Campaign promotional film by Glen Luchford, also the campaign photographer, for how many classic film references you can spot.

The Gucci Showtime campaign combines the camp and culture of classic movie musicals with the glitz and glamour of high fashion. It’s over-the-top entertainment at it’s best.

← The Wizard of Oz Grosses $1M at Box Office – This Past Sunday! My Trip Over the Rainbow →