On February 9, 2019 during the TCM 31 Days of Oscar, Now, Voyager (1942) starring Bette Davis aired. For me, it was a new classic discovery as a film I had never seen. Bette Davis’ Oscar-nominated performance held me captive, and I have been ruminating on the movie ever since. 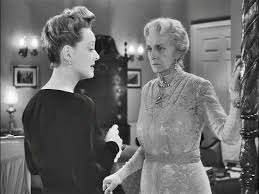 Davis portrays Charlotte Vale, a Boston spinster living a repressed life under the control of her wealthy mother, Mrs. Henry Windle Vale. Dominated by her mother, Charlotte hides herself away from the world, her only respite found in her room where she carves ivory boxes. She is timid and submissive subjected to constant critique as the awkward ugly duckling. Deeply depressed, she’s on the verge of a nervous breakdown.

Her compassionate sister-in-law rescues her by bringing a renowned psychiatrist, Dr. Jaquith, to visit. During his visit, he convinces the family that Charlotte’s mental fragility necessitates that she spend some time in his sanitarium.

No longer subjugated in her mother’s household, Charlotte’s stay in the sanitarium releases her to begin to define herself outside of the family construct. When it’s time for her to leave the sanitarium, Dr. Jaquith gives Charlotte a poem taken from Leaves of Grass, the magnum opus collection of poems by Walt Whitman. Now, Voyager is a simple couplet that reads:

The untold want by life and land ne’er granted,
Now, voyager, sail thou forth, to seek and find.

In it, Whitman uses the sea as the method to free oneself from the ties of convention that lead to wishes unfulfilled.

In the film, Charlotte Vale sets sail on a cruise to South America after leaving Dr. Jaquith’s care. She reinvents herself at sea—even going so far as to use someone else’s name—loses her inhibitions and embraces her freedom. Along the journey she begins a romance with a fellow passenger, more important for the friendship and understanding he extends to her than the passion they share. The relationship transforms her from repressed spinster to confident sophisticate. At journey’s end, the woman meeting her family at the pier is almost unrecognizable in outward appearance and inner strength.

What follows is the reentry of Charlotte into the life she left behind. No longer the cowering subordinate, she returns to her life as daughter in her mother’s home determined to remain in control of herself. A battle of wills ensues as Charlotte refuses to return to the way things were before she left.

Charlotte explores what her life can be if she remains true to herself. She is determined to have the life she wants and to hold on to her strength of character. Relationships both old and new test her resolve to be her own woman. 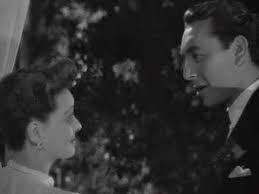 “We have the stars.”

Her steadfastness is tested, and control of her mental state pushed to the brink. But she perseveres in taking care of herself while finding purpose for her life. As voyager, she sought and found.

In the end, we see that even though she does not have all she might wish for, she is content. When asked by her former lover if she’s happy, she replies, “Oh, Jerry, don’t let’s ask for the moon. We have the stars.”

Noted as one of the greatest lines in film history, it calls each of us to recognize our good fortune and embrace the lives we have with gusto. Despite our journeys, it is a call to contentment for all voyagers. To live happily in the Now.